In coordination with Rep. LaHood's local office, a Roundtable Discussion was held on October 10, 2018 at Five Senses Spa, Salon & Barbershop.  Local and surrounding area business owners within this industry were present along with Congressman Darin LaHood. 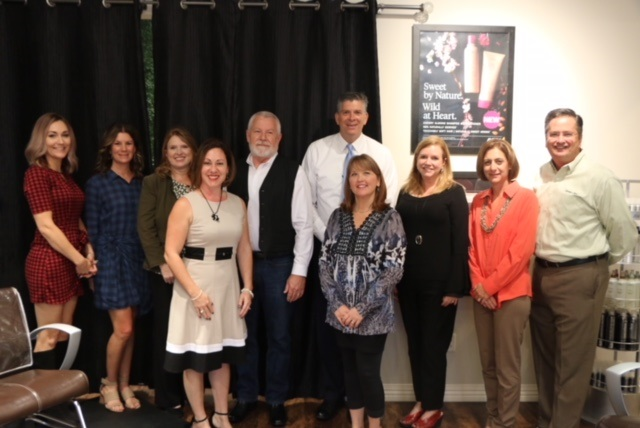 The PBA has made it simple for business owners and professionals to take action by sending a message to Congress to support the Small Business Tax Fairness and Compliance Simplification Act with just one click.  https://p2a.co/HieFA3O

Late September 2018, Paola spoke at a conference in Atlanta, GA presented by Modern Salon, where she continued to educate the industry, asking for support by sending a message to Congress through PBA's website. 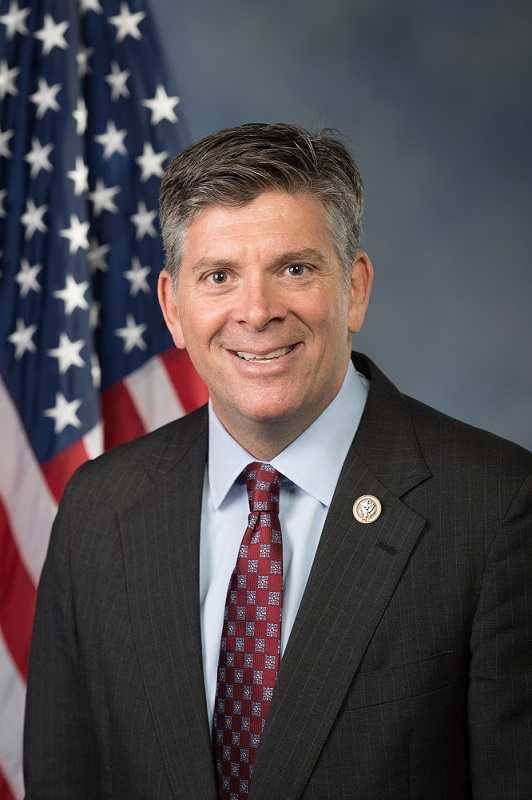 It was a privilege for Paola to introduce Rep. Darin LaHood at the press conference, where Congressman LaHood spoke about his visit to Five Senses Spa, Salon & Barbershop where he heard first hand what it was like to receive a surprise $500 bonus, and what the employees did with the money.

During that visit, Paola met with additional representatives about the Tip Tax.  Since then, Rep. Darin LaHood's office has worked with the PBA and has moved this issue forward. 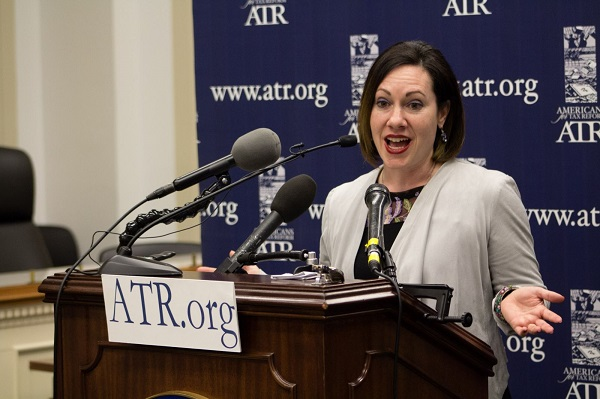 The Congressman stood in the same spot where Paola distributed $10,000, and heard first hand what it was like to receive a surprise $500 bonus, and what the employees did with the money.

As the team started their afternoon appointments, Paola had the opportunity to present the Tip Tax issue in depth to Rep. Darin LaHood.  He was able to fully understand the burden that Five Senses encounters by showing him the amount collected in tips for 2017 and how the Tip Tax impacted Paola's business. 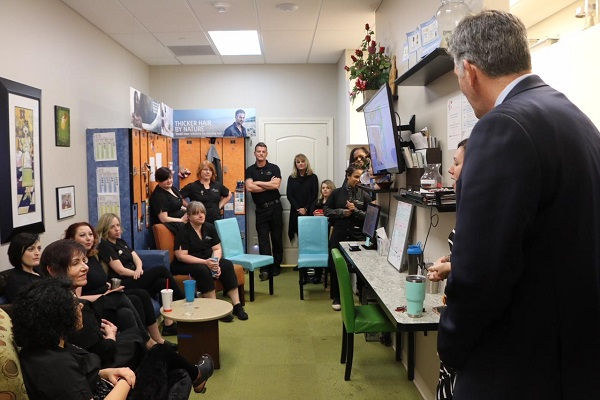 American political advocate appointed by President Ronald Regan, Grover Norquist, invited Paola Hinton to speak at the Americans For Tax Reform Gala in Washington DC about the surprise bonus.  During that trip, Paola met with different offices about the FICA Tip Tax.

Staff on the United States House Committee on Ways and Means conducted an interview with Paola about the surprise bonus and the FICA Tip Tax.

Rep. Darin LaHood's Chief of Staff and Legislative Director met with Paola to understand and discuss the FICA Tip Tax. 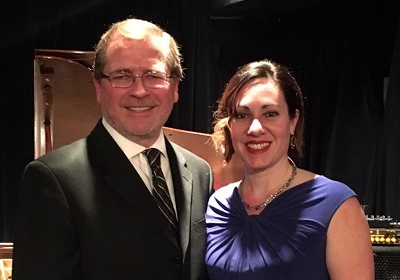 With the December 2017 Tax Bill that was signed into law, Five Senses Spa, Salon & Barbershop celebrated with a $10,000 surprise team bonus!

Each employee received $500 in cash, and the priceless moment was all caught on video.

The story was picked up by the Chicago Tribune, and Paola found herself and her company on the front page and business section of the Sunday, January 28, 2018 issue. 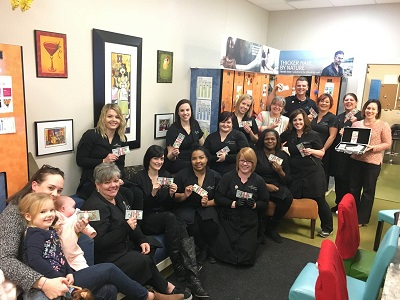 April 2013 Lobby Days. Paola Hinton first learned about the Tip Tax issue at a salon and spa business conference in New Orleans, LA.  Business owners that were PBA members took the stage and explained the Tip Tax issue to an entire audience.

It left an impression on Paola, and after reading an article by Stacey Soble in Salon Today magazine encouraged Paola to get involved with PBA, she decided to contact Myra Irizarry at the PBA.  In 2013, Paola attended her first Lobby Days in Washington DC with the PBA.  Paola helped educate a dozen representatives on Capitol Hill about the burden the tip taxes place on salon and spa owners that do NOT receive any of the tip income and yet are required to pay taxes on it.

The issue has been discussed by the PBA for over a decade and still remains unresolved. 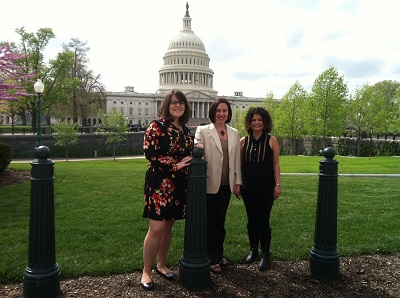 “In 2017, Five Senses Spa, Salon & Barbershop guests showed their appreciation to our service providers with gratuities totaling $170,000.  Tips are considered wages, therefore, I as the employer paid for Social Security, Medicare, State Unemployment Tax and credit card fees that amounted to $19,000 in costs which I received no revenue for.”  ~Paola Hinton, Owner of Five Senses Spa, Salon & Barbershop

Paola has had the opportunity to bring attention to an unfair tip taxing on businesses in the beauty industry that primarily impacts business owners negatively, and ultimately effects employees as a result.  With the support of the Professional Beauty Association (PBA )for the past decade and Congressman Darin LaHood since spring 2018, the hopes is to have a bill passed to extend a tax credit for businesses across the nation that facilitate tips for their employees within the beauty industry - just as the food service industry was granted in 1993.

Like the restaurant industry, salon and spa professionals receive a significant amount of their income through tips, which by law must be reported as wages and income. Salon and spa owners do NOT receive any of this tip income yet are required to pay taxes on it: Beauty industry employers are responsible for paying the 7.65% FICA (Social Security and Medicare) taxes on all employee income, including customer-paid tips.

The costs on tips that business owners do not receive any income from is alarming and unfair.  Paola has been educating people in the industry to understand the positive impact this bill would have on businesses and employees alike.  The credit would allow for business owners to reinvest into their company and employees, offer additional employee benefits, hire more people their communities, and the list of opportunities goes on.

The Professional Beauty Association has a dedicated section of their website devoted to FICA Tip Tax Credit information.  The PBA has made it simple for business owners and professionals to take action by sending a message to Congress to support the Small Business Tax Fairness and Compliance Simplification Act with just one click.  https://p2a.co/HieFA3O 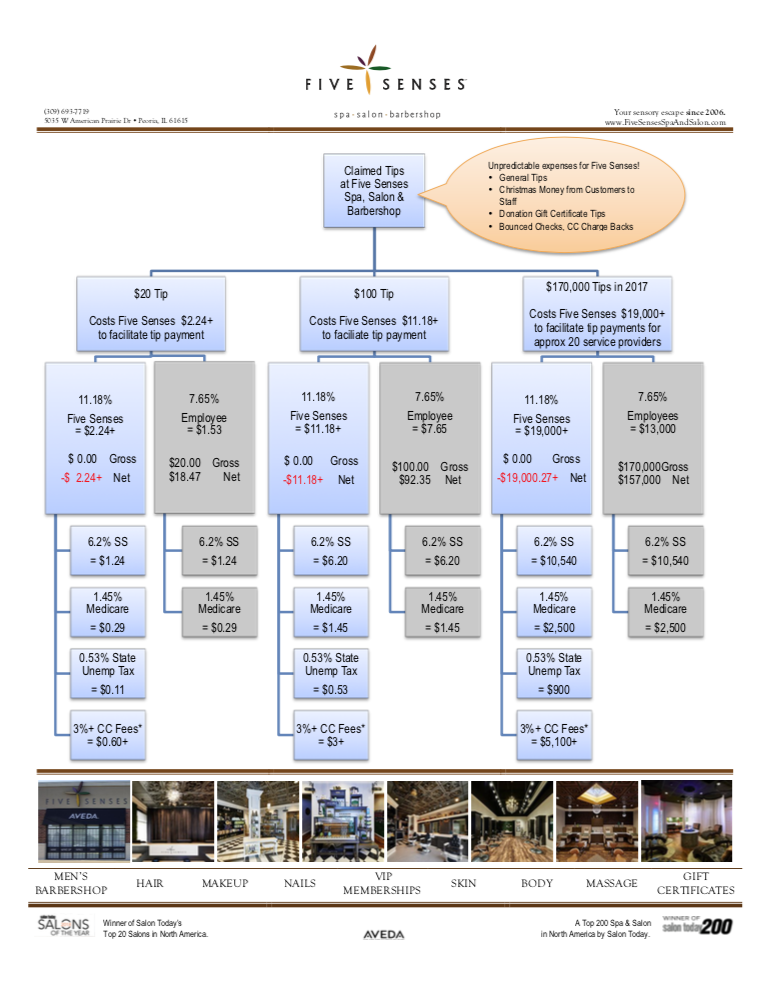 Lifecycle of a Tip & Ways and Means Committee Bill Sponsors 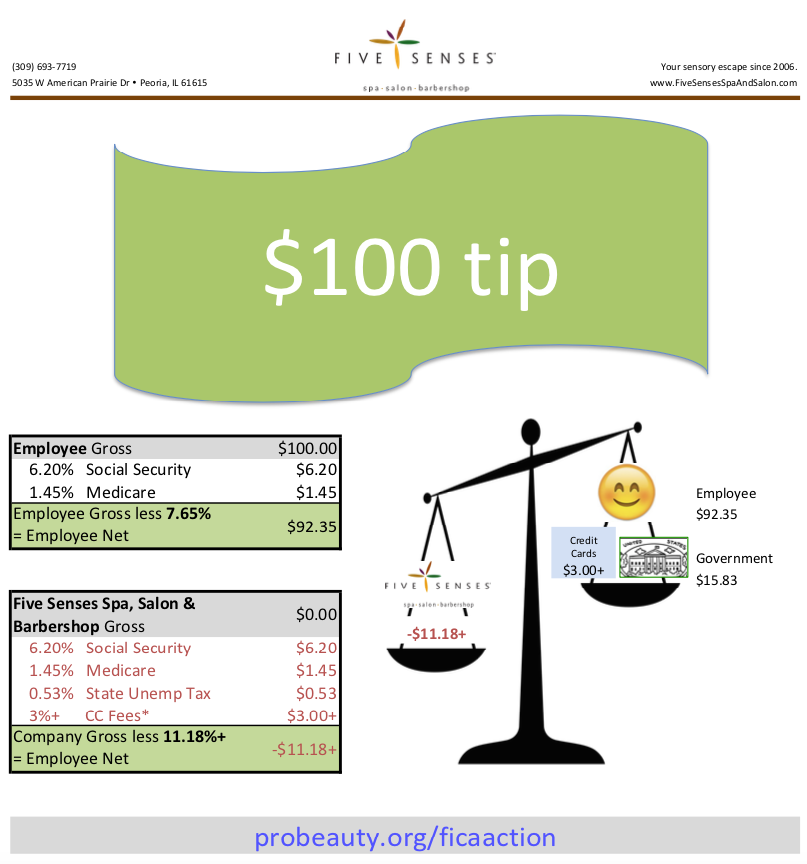 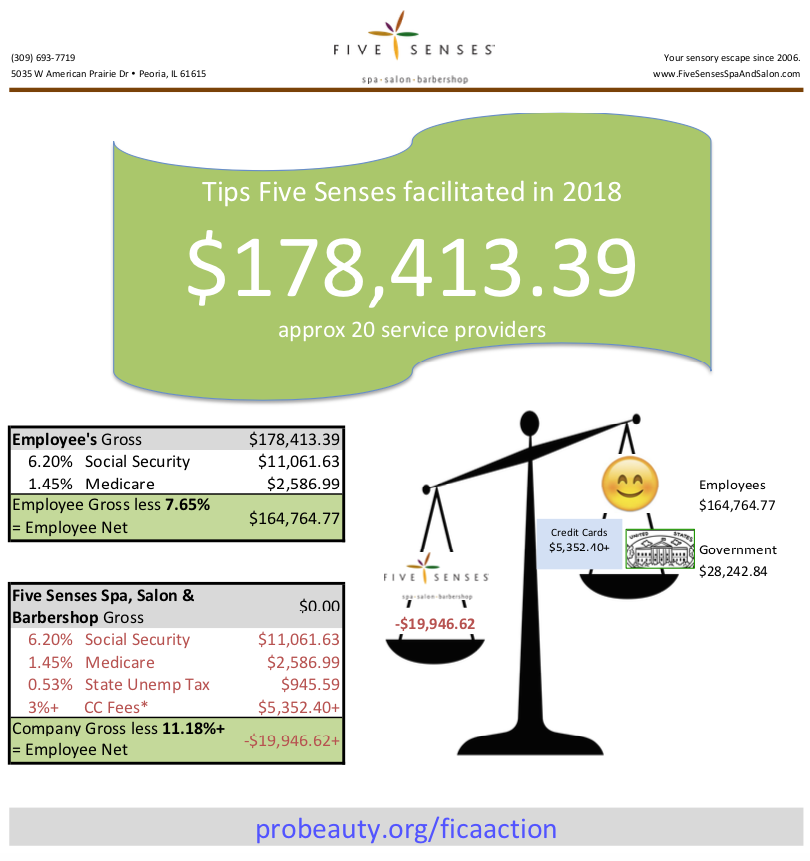 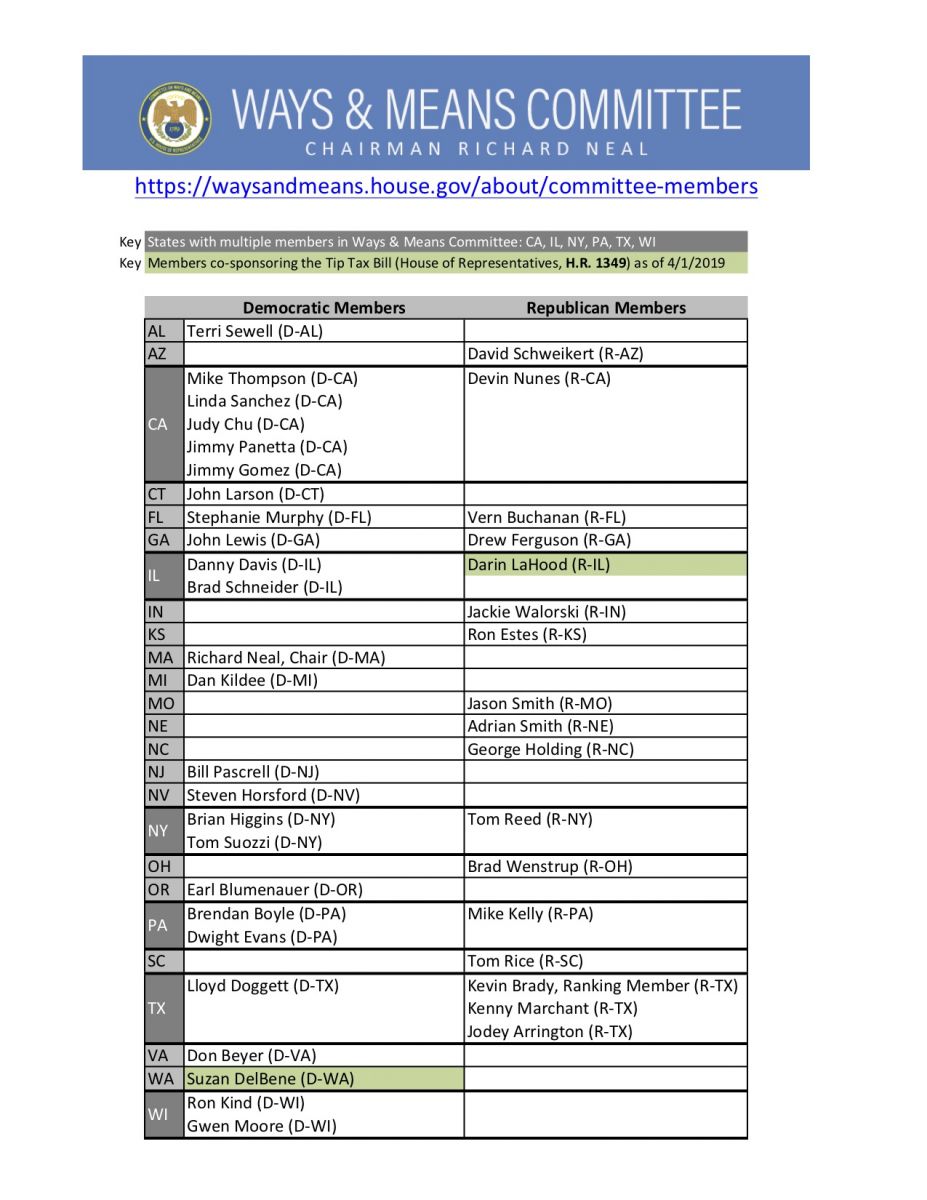 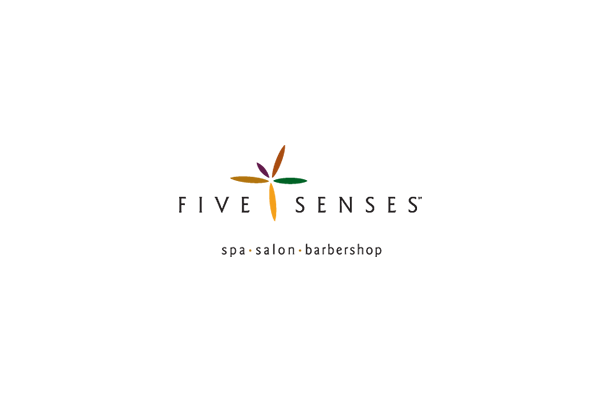 January 21, 2019: FICA Tip Tax Presentation - Serious Business Conference in New Orleans, LA. It was an honor to speak at the conference that brought 1,600 spa and salon business owners and professionals together! As we continue to work with lawmakers in Washington DC, our industry needs your help to extend the Federal Insurance Contribution Act (FICA) 45(b) tip tax credit to spa and salon businesses. The presentation gives an overview of Paola's personal numbers and how Tip Tax impacts Five Senses Spa, Salon & Barbershop.  View the stage presentation on LinkedIn or Facebook.

Please help us take action with the Professional Beauty Association's (PBA) automated email that will be routed to your local representative. probeauty.org/ficaaction

Link to the $10,000 Team Bonus video that is referenced in the presentation. https://lnkd.in/gN5rmv3 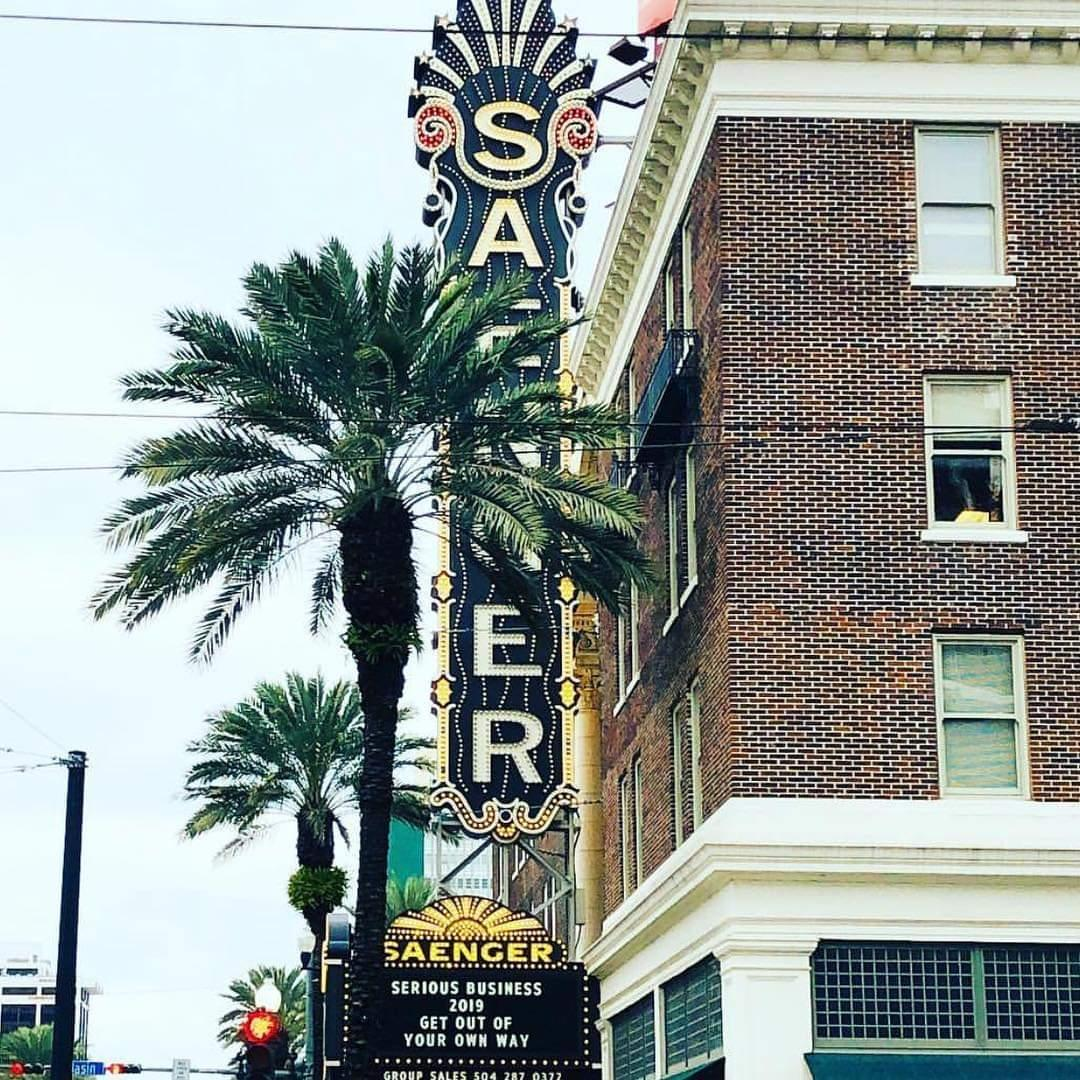